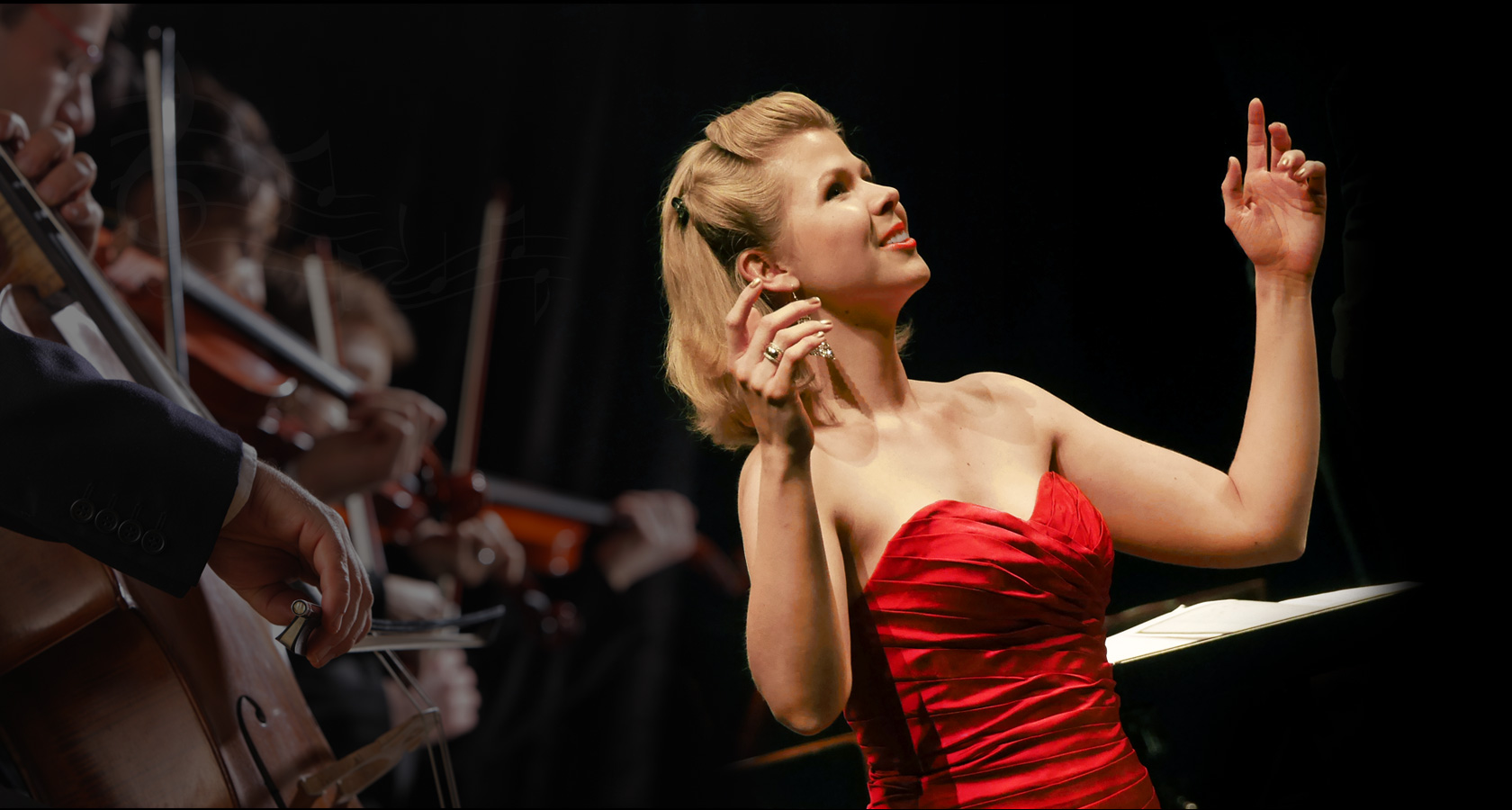 Czech soprano Lucie Kaňková made her debut as Gilda in Verdi’s Rigoletto in Liège, Belgium as a last-minute jump in and earned a standing ovation. In June 2022 she deuted as Gilda at the State Opera in Prague, CZ with great success too.

She is going to open her season as Violetta Valéry as a debut at the State Opera in Prague on 3 Sept. 2022

"Music is a higher revelation than all wisdom and philosophy..." Beethoven

Lucie Kaňková was born into an esteemed musical family in Prague, Czech Republic. At the age of four, she started to play violin and piano.

In 2002 she successfully passed the demanding selection examinations to gain a place at the Music High School (Gymnasium) in Prague, where she cultivated her abilities to play violin. Six years later, she continued her musical education at the Prague Conservatory, graduating with a DiS. degree (diplomized specialist) in 2012.

In 2010, Lucie was granted the opportunity to participate in a project by the Swiss composer Mathias Spohr, where she sang the main female role Miesmies in the contemporary opera Spiegel das Kätzchen, based on Paul Burkard’s famous novel. She performed on different stages in the Czech Republic and Switzerland (Theater Winterthur, Langenthal, Zürich Rigiblick). After this production, she was inspired to develop a career as opera singer.

Lucie Kaňková holds many awards, from different competitions. At the Antonín Dvořák’s International Singing Competition 2015 Lucie came Second, and also gained 5 additional prizes. The following year she came First in the Opera Category of the Dvořák, with 8 additional prizes, including two contracts with theatres (in Bratislava SK and Opava CZ), as well as contracts with an opera festival in Kutná Hora (CZ), with 3 symphony orchestras and with radio Classic CZ. In 2017 Lucie Kaňková won the 2nd prize with a special prize for interpretation at the American International Czech &amp; Slovak Voice Competition in the USA. Furthermore she obtained 2nd prize including all special prizes for interpretation and performances at the Bohuslav Martinů’s Competition in Prague (CZ). In July 2019 she won 3rd place at the challenging Bologna International Vocal Competition in Italy.

In 2015 Lucie competed her master’s degree, “MA Specialized Music Performance, Opera” at the Bern University of Applied Sciences – a Swiss Opera Studio, passing with distinction.  As her final performance, she sang the main role Teofane in Händel’s Ottone, on the stage of the State Theatre Biel and Solothurn. In January 2018 Lucie graduated with a second master’s degree for soloists at the Lucerne University of Applied Sciences; both post-graduate degrees being in the class of Prof.Barbara Locher.  Currently, she is studying on the PhD program “Interpretation and Theory of Interpretation” at the Academy of Performing Arts in Prague.

In addition to solo concerts, during the 2014/15 season she portrayed two different roles in the Theatre Biel-Solothurn, singing in Donizetti’s Viva la Mamma the role of Seconda Donna Luigia and role of Kuchtík in Dvořák’s Rusalka. Lucie has experienced many different theatres in Switzerland (Visp, Baden, Schaffhausen, Vevey, Vernier, Düdingen, Thun, Burgdorf, Winterthur, Langenthal) with these productions. In 2016, she produced her own production of Ariadne in Bohuslav Martinů’s opera, where she sang the title role. She has now appeared as Ariadne in different places in Switzerland and the Czech Republic. In 2018 she sang this role in the Deutsche Oper am Rhein.

In the 2017/18 season, Lucie sang Gala concerts at the National Theaters in Prague and Bratislava. In summer 2019, she appeared in the main role of Tempo and Fortuna in Dittersdorf’s Il Tribunale di Giove in Olomouc, Hukvaldy and Kroměříž (CZ).

Soprano Lucie Kaňková currently sings Ännchen in Weber’s Der Freischütz, Violetta Valéry in Verdi’s La Traviata and Susanna in Mozart’s Le nozze di Figaro at the Silesian Theatre, Opava (CZ). Since 2020 she appears as Poppea in Monteverdi’s L’incoronazione di Poppea at the National Theatre in Pilsen (CZ). In 2021 Lucie will perform the role of the Queen of the Night in Mozart’s Magic flute at the Opernspiele Munot summer festival in Switzerland and Germany and at the National Theater in Prague, Gilda in Verdi’s Rigoletto at the Silesian Theatre, Opava (CZ), Fiordiligi  at the South Bohemian Theater in Budweis and Barče in Smetana’s Kiss at the National Moravian – Silesian Theatre, Ostrava (CZ).

Lucie Kaňková made her debut as Gilda in Verdi’s Rigoletto in Liège, Belgium as a last-minute jump in and earned a standing ovationin March 2022. So she did with the same role of Gilda at the State Opera in Prague in June 2022.